The Post of All Posts: Contests, a Giveaway, and My Interview with Liz Norris, Author of Unraveling

I'm taking a little break from my blogging maternity leave to mention a few contests and blog hops (at the bottom following the interview) that are definitely worth checking out and to include a post I've been very excited to share - my interview with Liz Norris, author of Unraveling. And, because I love the book so much, I'm giving away a copy of Unraveling below!


I met Liz Norris during her Dark Days of Summer Tour with Veronica Roth, Aprilynne Pike and Bethany Griffin at the Printer’s Row Fest in Chicago. Shortly afterwards, I picked up Unraveling. I read the first 100 pages and emailed Liz to let her know how much I was enjoying her book. It was the first time I’ve ever emailed an author just to tell her how awesome her book is. As I continued reading, it got better…and better. By the time I finished, I felt the same reader’s remorse I’d felt after reading Hunger Games and Divergent. My fabulous and exciting reading obsession was over. Naturally, I had to email her again to let her know how excited I was for Unraveling’s sequel, which will be coming out in 2013.

Liz was absolutely lovely both when I met her and emailed her. On top of that, she’s a clever writer. I am thrilled to be interviewing her today. 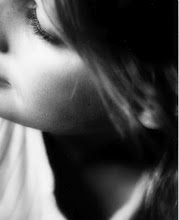 Goodreads' Plot Summary:
Two days before the start of her junior year, seventeen-year-old Janelle Tenner is hit by a pickup truck and killed—as in blinding light, scenes of her life flashing before her, and then nothing. Except the next thing she knows, she’s opening her eyes to find Ben Michaels, a loner from her high school whom Janelle has never talked to, leaning over her. And even though it isn’t possible, Janelle knows—with every fiber of her being—that Ben has somehow brought her back to life.

But her reincarnation, and Ben’s possible role in it, is only the first of the puzzles that Janelle must solve. While snooping in her FBI-agent father’s files for clues about her accident, she uncovers a clock that seems to be counting down to something—but to what? And when someone close to Janelle is killed, she can no longer deny what’s right in front of her: Everything that’s happened—the accident, the murder, the countdown clock, Ben’s sudden appearance in her life—points to the end of life as she knows it. And as the clock ticks down, she realizes that if she wants to put a stop to the end of the world, she’s going to need to uncover Ben’s secrets—and keep from falling in love with him in the process.

Thank you so much Liz for taking the time to answer some questions!

I read that you’ve always been a writer, though most of your writing you kept to yourself.  What do you think draws you to writing?


I’ve loved to write for as long as I can remember. When I was a kid, it stemmed out of what I wanted my life to be like: my parents had our dog spayed and I wanted her to have puppies so I wrote about a family with a dog who had puppies. As I was older, writing was my way of answering the “what if” questions. I’d think of scenarios and characters and explore what would happen through writing about it.

You taught high school in San Diego for several years before moving to New York. Because I’m a teacher, I have to ask – how did being a teacher influence your writing?
It gave me an insight into teenagers. Without teaching, I don’t know if I could have written a young adult novel with an authentic voice. It would have been too steeped in what my own high school experience had been like, which unfortunately is outdated. As a teacher, I was surrounded by teenagers, and to be a good teacher I had to understand their struggles and feelings and allow them to teach me things too. So many of my students were such truly amazing people, and I don’t think I could have written Unraveling without knowing them.

I love your “path to publication” story: Brooks Sherman, a friend of yours and an intern at FinePrint, talked you into joining his writing group. He fell in love with your story and told Janet Reid about it who was instantly interested. Janet Reid, the Query Shark herself, took it on and sold it to HarperCollins in under a week. You have a beautiful cover, fabulous reviews – what has been the most exciting part of Unraveling’s journey so far?
When Brooks convinced me to join his writing group, I was working really long hours and having a hard time getting out of the office. I was starting to feel like my whole life was my job—that I wasn’t doing anything for myself. The writing group was an excuse to leave the office at 6 pm every other Thursday and devote a little bit of time to something that was just fun. That was exactly what I needed at that time in my life and I can’t believe all of the wonderful things that grew from that decision.

For me, though, the most exciting part of the journey has been my family and friends’ reactions to Unraveling. I never shared my writing with anyone really, and it’s so fun and rewarding to hear my mom and my sister talk about the book with me. I have former students who have read the book and emailed me to talk about it too, and it’s just so exciting to think that I was able to write something that has made people think and feel something. Whether they like it or don’t, it’s surreal to hear people talk about it.

When you wrote Unraveling, did you expect it to be a stand alone book? How did it get to be a series?
I did write it thinking it would be a stand alone. My original intention was to have a short scene, essentially an epilogue, following the last scene in the book, which would provide perhaps a little more closure to the story. But I felt the book worked as a single title. When my editor first read it, she asked my agent if the book was a series. Well, Janet and I hadn’t really had a chance to discuss that too in depth. I had a vague idea of where a second book could go, but that was it. So she just said, “Yes! A series!” because hey, that’s most writers’ dream. So HarperCollins ended up offering me a three book contract, which is fabulous, but after writing Unbreakable, which is the sequel, I realized I didn’t really have a direction for a third book. I could have forced something out, but I was worried that it wouldn’t be very good. So my third book is going to be something completely different.

Rumor has it you’ve been working on a few novellas from Ben’s perspective (very excited to hear it). Can you tell us a little about those and what it was like writing from his POV? (Uhm….and when do we get to read them?)
When I first started it was a little strange. After writing two novels from Janelle’s point of view, I think it would be hard to switch no matter what, but Ben is so different. I mean, he’s a guy, but he’s also a little more reserved and less brash. But once I got into it, his voice flowed really naturally. He’s so developed in my head that I was able to get his thoughts onto the page pretty easily. And periodically I had someone male read through and make sure he didn’t sound too girly :)

I’m not sure when exactly I’ll be releasing those—it will probably be around the release of the paperback edition of Unraveling and/or the release of Unbreakable. I’ll be sure to make a big announcement though when I have a more firm release date.

What can you tell us about Unbreakable, the sequel to Unraveling?
It opens four months after the end of Unraveling. Janelle and society are both reeling from the after-effects of what happened. Worse, people are going missing. Hundreds and thousands of people seem to be disappearing without a trace. When someone close to Janelle disappears, she gets caught up in a case that’s a lot more complicated and a lot more dangerous than she anticipated.


You also might want to check out these contests and blog hops:
Brenda Drake is hosting Pitch Madness. Submission windows will be open Sept 1.

Operation Awesome is taking Twitter Pitches for their next Mystery Agent Contest. Sept 1.

Deana Barnhart is hosting GUTGAA - Gearing Up To Get An Agent, where she will be having pitch contests with agents and editors. Her line up look amazing. Begins Sept 3.

Melodie Wright and Emily King are hosting a fun Fact or Fiction Blog Hop on Sept 3.

And last, enter my giveaway for Unraveling below!


a Rafflecopter giveaway
Posted by Kimberly Gabriel at 6:58 AM 22 comments: