Thank you Alex J. Cavanaugh for giving me an excuse to blog every first of the month. Happy IWSG Day! 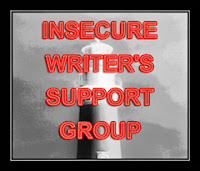 Angela Duckworth conducts research at the University of Pennsylvania that proves the two most determinate factors of reaching success in life are grit and self-control. As a seventh grade teacher, I’ve preached for the last 15 years that intelligence without determination is wasteful. I’d rather have a semi-smart student whose determined to find the answer than an ubber-smart student who can read any difficult text I throw at him but is too apathetic to push himself beyond his ability.

My three-year-old son was born with grit. After a punctured lung and almost losing his life twice in the first week of life, he fought hard to get rid of the machines breathing for him. He would pull out tubes and IV’s when he was ready to not rely on them anymore. How an infant can instinctually determine that is beyond me – but my kid has amazed more in the last three years than I’ve been in the last 35 years of life. At age two when he didn’t have words, he would sit for 20-30 minutes at a time and practice his flashcards that indicated sounds – not because I prompted him. He wanted to talk. His path to success hasn’t been easy. He needs everything explicitly taught to him. But he wants to learn, and he’s determined to succeed.

A couple weeks ago, I took him to an introductory ice skating class. I don’t know what I was thinking. My kid struggles with coordination, motor planning, and core strength – things you kind of need to skate. It was nothing short of disastrous.  He cried, screamed, and fell a million times. At one point, he was crawling on his hands and knees for the door of the ice rink while sobbing. In that moment, I was pretty sure I’d ruined his life. But at the end of the thirty-minute session, he took one step off the ice and said, “Mama! Mama! I did it!” He smiled for the rest of the night. After two more lessons, he was skating. I still tear up when I think of how proud I was of him in that moment.

My kid is amazing.

I can read about it, I can preach it, I can be inspired by it on a daily basis. At some point, it’s time to get my ass in gear and show some grit.

May you all find the grit you need to meet the success you want in life. 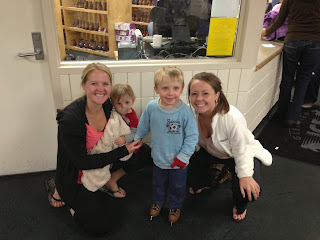 My 3 yr old son with his brother and his aunts
Posted by Kimberly Gabriel at 9:03 AM 15 comments: